How to Make Your Colleagues Thank You 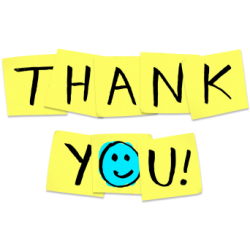 Every now and then a colleague does something amazing: Saving your sales opportunity with a well-placed phone-call; fixing your malfunctioning operating system; or rewriting your report overnight, making it ten times better, and giving you all the credit.

It’s rare, and when it happens, your colleague deserves a reward. A beer or flowers are a nice idea, but think of a professional reward, one that gives a career boost which is really worth something. END_OF_DOCUMENT_TOKEN_TO_BE_REPLACED

Even managers are human! Putting someone on a pedestal makes it harder for you to approach them and be yourself. Be natural. Don’t be afraid to speak up and say what you think. Also be aware of how you treat your own employees. Be respectful but treat everyone as a peer and don’t think of yourself as ‘lower’ or ‘higher’ than others. It will help your self esteem and make interactions with you more fun and positive. Getting caught up in job titles and hierarchy takes the fun and human element out of work and makes it difficult to create honest and positive relationships.
END_OF_DOCUMENT_TOKEN_TO_BE_REPLACED

Is “The Office” Real?

For those that don’t watch the American television version of The Office, it is a situation comedy about a failing paper company led by a charming-but-impulsive regional manager. The show’s humor comes mainly from its wide variety of distinct characters (although typical office stories come into play as well), some of which seem like perfect office archetypes. Protagonist Jim Halpert is a rational, level-headed salesman who, after many attempts to bring sanity to his workplace, resigns to just enjoy the humor all around him. Jim can amuse, but there are others:

The show is full of office-related humor, and its meaningless meetings, inappropriate antics and professional blunders leave us saying:

But, is it? Are these characters real? Can you spot them at your job? Perhaps if you can’t spot them, could you be one of them? Let’s not kid ourselves; we can’t all be cool, collected, “Jim Halpert” types. Someone has to be the drama queen, the cutthroat, the dreamer, the know-it-all.

Are you one of them?  If so, which one are you? END_OF_DOCUMENT_TOKEN_TO_BE_REPLACED