Why You Need A Tax Attorney 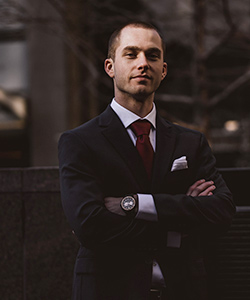 Most people dream of a new job with a higher salary but want to avoid some of the headaches. While there are a number of great things about accepting a promotion or a job, there are some bad things that we may wish to avoid. Greater responsibility is a major problem, as everyone fears the inability to adapt to new situations. There is also the need to act as if they belong. Even in the highest halls of any business, peer pressure is something that needs to be dealt with. There is also the issue that a greater salary means greater income tax problems, especially if the person lands in a higher tax bracket. Everyone wants to avoid those. Fortunately, they can be nimbly avoided.

A new position often comes with a wide variety of different income streams, especially if you are being promoted to a managerial position. This is not limited to just the salary, but possibly stock in the company, as well as 401K contributions. Making more money brings with it new concerns for paying taxes for the right amount and on time. You might find that you need an attorney, such as Len Stauffenger, ESQ, to help straighten things out. Contact him for a free consultation. You and your attorney will want to make sure that you are fairly compensated for any expenses, while at the same time, you want to avoid a tax audit.

You might also decide that you need to hire an accountant. You need to draw a line between personal and business expenses somewhere; if not the IRS is going to help show you where the line is and possibly in the worst way possible. An accountant will help keep your expenses in line and should help you better define which are business-related; this not only ensures that you are taking the right deductions but that the deductions you take will not draw the unwanted attention of the IRS. Given how byzantine the tax code is and how careful one needs to walk that maze an accountant is well worth the money spent.

And there are plenty of problems to watch out for. Business expenses are a major issue as too many people are not really clear where the line is. Accuracy is another issue. Some people claim far less than they should, ensuring that they pay less in taxes than they should. This includes not only inputting the wrong gross income but forgetting to mention the sale of a house. In some cases, charitable deductions came under fire as a person claims a deduction to an organization not recognized by the IRS as a charity, while others ignore fines and levies. Again, an accountant is the best possible ally to have when it comes to dealing with the numbers, but having a lawyer on hand cannot hurt.

However, there are also some areas where having access to a lawyer can definitely help. The IRS falls under administrative law and, as such, it means that it is tried in its own courts. There are a number of times when the IRS has overstepped its mandate and has attempted to enforce liens against property in order to collect its due. While this is normally fine, it can sometimes be an issue. Also, sometimes a spouse is considered innocent of their spouse’s wrongdoing. In order to obtain that judgment, however, a court ruling is required.

All of this ignores the sheer number of court cases that are considered frivolous. Sometimes they are not as frivolous as one would think. That people tend to win against the IRS in these situations shows that defending yourself in court is well worth the effort.

While everyone welcomes the perks and power of their new role, they do not always like the additional issues that come with it. While the amount of increased responsibility may not be totally clear when taking it on, any additional tax problems are definitely not part of the equation. Nonetheless, with a little planning, it is possible to not only avoid tax issues but also come out ahead. Remember to plan and give yourself a buffer. You should come out smelling like a rose.