How Payments Have Changed In Past Decades 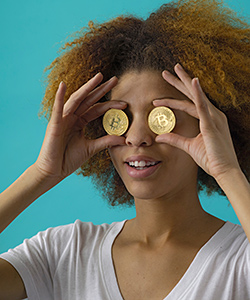 Currency has been a part of humanity since time began. Throughout this time, it’s gone through quite a significant amount of changes. While currency itself may not have been around for the first few centuries of our history, the underlying philosophy has been; the exchange of one thing of value for another. In early history, this was bartering, which then evolved into coins and other valuable metals such as gold and silver. This subsequently involved into the paper currency that has been popular for centuries.

While paper currency has persisted in its popularity over that time – for a few obvious reasons – this has been changing over the past two or three decades. This has primarily been driven by a variety of advancements in technology, much of which has been coming at an increasingly faster pace. With this, the likes of credit soon began becoming more common. Furthermore, one notable evolution has been through banks, which allow someone to deposit money in one place and then let someone hundreds of miles away receive that money.

Thanks to the evolution of technology, however, this has begun to change rapidly, with more and more people starting to send money online. This has offered quite a significant amount of benefits for many of us, as we can make and receive payments without leaving the comfort of our homes. This first began in the 1950s with the introduction of credit cards. While this is still something that serves as the underlying basis of the majority of payments, the means and methods of these payments have changed drastically in the past few decades.

One of the first notable impacts that technology has had in the area has been the introduction of ATMs, which has drastically cut down on the amount of time many people have needed to spend at a bank. These also had the notable feature of allowing people to deposit or withdraw money on the go without having to set foot into a financial institution. This subsequently became an industry standard, with the majority of people becoming familiar with their use and functionality.

This changed in 1973 with the introduction of the Society for Worldwide Interbank Financial Telecommunication, better known as SWIFT. This paved the way for global payments that could be made on a near-instantaneous basis, allowing people to send and receive money from anywhere in the world. Since then, technology has continued to be refined and upgraded. Similar to how the impact of ATMs and how they became an industry standard, so too did SWIFT.

The technology has become so well-known and used that it still works to underpin the majority of payments that are made between financial institutions daily. For the following two decades, there were very few notable advancements in the area. This changed in the 1990s as the Internet started to become increasingly more popular. Noting the potential for the technology, many entrepreneurs began combining technology with the likes of SWIFT to introduce a variety of different payment methods.

One of the most notable of these evolutions came in 1998 with both PayPal and OzForex being introduced to the market. Since then, there has been a variety of new technologies and apps released that have continued to make more of an impact on the niche. This helped to birth what is now known as online payments and the likes of digital wallets, payment apps, and online money transfers. This has allowed many people to explore the world while still sending and receiving payments. This evolution has continued to be felt over the past two decades with companies continuing to refine and improve their online offerings; financial institutions have also been a guiding hand throughout this time.

The Future Is Now

Currency has continued to evolve at a somewhat regular pace over the past century or so. For much of this, a significant evolution has been made every two decades. With one of the most recent advancements coming in 1998, many people would expect that payments have been due a change for the past few years. These speculators would be correct, as Blockchain technology has begun making its presence felt across the financial industry.

Many have noted that this may be a natural evolution of the way people send and receive money. Despite still being in its early stages, it looks as though Blockchain is paving the way for how many people will be making payments in the years to come.