There is now a lot of scientific evidence that we are not getting enough sleep and not only is that making us grumpy in the morning, it is costing the global economy billions of dollars in lost productivity.

In the United States, the Centers for Disease Control has estimated that about 30 percent of the American population doesn’t get enough sleep.

Researchers at Harvard University said that in 2011 this cost the American economy over $60 billion a year!

On an individual basis we know that we just aren’t at our best when we don’t sleep well and while we can get by for a while on little sleep, it can have a disastrous impact on our health and our work in the long term.

How to Sleep When Your Stressors Keep You Awake 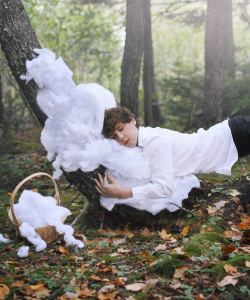 Stress and sleep don’t go together. After all, how often have you gone home, exhausted and eager to rest yet feeling overwhelmed by the number of tasks and problems that remain unachieved and unsolved? How to sleep when stress keeps us awake?

I admit that this happens to me often, especially during the peak of the workweek. Despite the fact that my body has been screaming for sleep, I just can’t do it, because my mind refuses to stop thinking about the things that I still have to do. A part of me even feels guilty about wanting to spend the time to sleep, instead of using it to finish any of my tasks. END_OF_DOCUMENT_TOKEN_TO_BE_REPLACED