How to Let Go of Resentment at Work 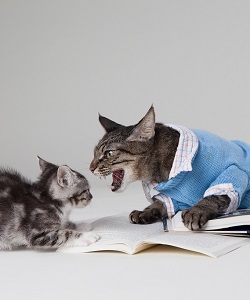 As we grow in our lives and our careers, we pick up things along the way. Most of these things are positive and useful and allow us to grow into successful people.

But some of the things we hold on to are neither practicable nor of any use to us. In fact they only hold us back.

Two of those things are regrets and resentments, and what we discover is that we can’t get ahead while we are still pulling them along with us.

Regrets and resentments weigh us down and actually produce negative energy that will hinder our success. Until we deal with them.

Regrets are the easiest ones to get rid of, and sooner or later we all realize that we can’t change the past. Even if we feel that we made a mistake or there was something we could have done differently, or maybe not at all, we simply cannot change that decision.

We can only admit we made a mistake, apologize if we’ve hurt anybody, and try to make the situation better for everybody concerned today. That part of our lives is over, and if we truly want to move on, then we have to leave that past and that mistake behind us.

Someone once said that resentments were feelings of anger that get “resent” over and over again. If that is the case, then how do we change the channel on something that becomes a regular rerun on our internal monitors?

Dr. Orloff defines resentments as grudges that you harbor after you’ve felt mistreated. She notes that while they make you feel good and righteous for a short period of time, in the end they do not help you resolve the initial hurt you felt. They only cause more pain. The path to being resentment-free is by learning and accepting forgiveness.

You may not be able to forgive right away, but if you follow these steps that Dr. Orloff suggests, you can start the journey to letting go of your past, especially the past that is limiting your future.

Here are some strategies that Dr. Orloff suggests for moving toward forgiveness and getting rid of your resentments.

Set Your Intention to Release It

You want to let go of your resentments in order to increase your positive energy and to feel better. When you are ready to let go of a resentment you need to zero in on your target, the person who hurt you, and name exactly why you are angry with them.

You can do this in your journal, with a friend or neutral co-worker, or with a counselor or therapist. Name the behavior explicitly and how you still feel about it.

It could be as frank as “I hate my two-faced, lying colleague because …” According to Dr. Orloff, expressing your feelings is necessary to forgive.

After you have expressed your emotions, it’s time to move on. The next step is to find some way to understand why the other person acted the way that they did.

This is not to excuse their behavior, but maybe they were afraid or maybe they think that the only way to get ahead is to tear other people down.

At this point Dr. Orloff says that you should think about forgiving them, but if you’re not there yet, don’t worry. It may be enough to start thinking about forgiveness. Try the same exercise in a week.

As you move along the path to forgiveness, Dr. Orloff suggests taking a reality check. This involves evaluating how hurt you may still feel with what you have deciphered about the other person. That begins to move you not only into the realm of understanding but also closer to compassion.

Maybe that other person can never change, they are stuck in a world of petty grievances and lashing out at others. They can’t change but you can, by practicing compassion.

Dr. Orloff says that “compassion opens a hidden door to a secret world that exists beyond anger.” You can still keep your anger but compassion will let you forgive and move on.

At the end of the day you can decide to still hang onto those negative pieces of your past, both old regrets and newer resentments. But not if you want to build a bright and successful future.