Where to Research for Your Salary Negotiation 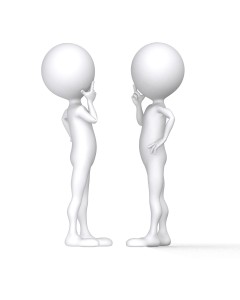 When it comes to negotiations, the side that does the most research and preparation is the side that usually wins. Being able to justify your salary negotiation request with reputable data can mean the difference between a $5,000 raise and a $10,000 raise.

Many people turn to a variety of free data sources when it comes time for salary negotiation. So which source is best? In other words, which do employers respect the most? The two biggest players are the Kim Kardashian (Payscale.com) and Nikki Minaj (Salary.com) of free salary data.

In the pursuit of becoming rich and famous, Nikki Minaj followed a well-worn path: she was a failed actress and struggling rapper inNew York City, whose consistent hard work and talent eventually allowed her to overcome years of failure and become perhaps the greatest female rapper of all time as well as a fashion and cultural icon.

She followed the time-tested formula of talent + hard work = success.

Salary.com also took the traditional route in providing salary data. Their data comes from employers, provided in wage surveys that they purchase and aggregate. In the HR world, the most respected data is from validated, industry surveys with documented sources. Salary.com purchases over 450 salary surveys each year, following industry best-practices. The only detraction is that they do not disclose which surveys they purchase (because they sign non-disclosure agreements in order to get the data). If Salary.com could disclose where they get their data from, they would be an A+ data source in the eyes of HR professionals.

An explanation of their data sources and methodology can be found here.

Kim Kardashian took a different route to fame and wealth. She became, perhaps, the most famous and wealthiest reality TV star of all time. As with most reality TV stars, it is not immediately apparent what Kim’s talents are, other than her looks. But dig a little deeper and it is clear she is a talented businesswoman who parleyed her reality TV fame into multiple businesses including clothing lines, fragrance products, and endorsements.

She blazed a new trail to fame and wealth: leveraging reality TV stardom.

Likewise, Payscale.com is blazing a new trail when it comes to providing salary data. Payscale’s data comes entirely from individuals — 4–5 million per month — submitted via their website, making it the largest and most-nuanced salary survey in the world. They have 13,000 job classifications, dwarfing Salary.com’s 4,500. Payscale.com has taken a modern, pioneering approach to salary surveys: crowd sourcing information via the Internet.

But despite their innovative approach and impressive data, the vast majority of HR professionals are skeptical of their of their salary data because it is submitted entirely by random people on the Internet. There is no way to verify the authenticity of their information — something that scares HR professionals. Like a lot of people’s skepticism of Kim Kardashian’s ‘talent,’ the HR community is yet to be won over by Payscale’s data.

An explanation of Payscale.com’s data sources and methodology can be found here.

Who Comes Out on Top?

While Payscale.com and Salary.com are the two largest and most widely-used sources of free salary data on the Internet, the reality is that HR professionals do not fully respect and have reservations about both of them. But if they had to choose one, they would choose the Nikki Minaj of salary data (Salary.com) because their data comes from employers, not employees.

Where would you go to research for your salary negotiation? Let us know your thoughts in the comments!

By Joseph Richards | Website | Twitter | Other Articles
Joseph Richards is a Labor Economist and Salary Negotiation Consultant specializing in presenting compelling economic arguments to help clients receive maximum salary increases. He has represented unions, management, and individuals in wage and benefit negotiations. Follow him on twitter @SalaryNegotiators or on his blog.