Bad Bosses: They Cause More Than Just Headaches 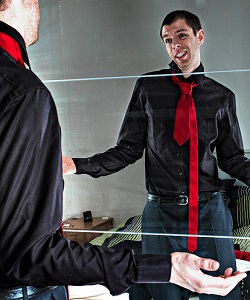 Regardless if you work in a local chicken shack or a Fortune 500 company, a bad boss can ruin the entire experience for you single-handedly.

It doesn’t matter if you enjoy the work or not, a bad boss will seemingly go out of their way to undermine you at every step, undo a whole day’s work in the blink of an eye and sap the morale out of everyone they come across.

Even if the employee tries to make the best of it, dealing with a bad boss can become a tedious chore that never seems to end.

It has been cited that bad treatment from their boss and a hostile work environment are the number one reasons why employees leave.

There are certain factors that employees covet, such as autonomy, respect and feeling like their contributions are actually making a difference. If these needs are not met, employees are more likely to leave.

A recent national study conducted by Ohio University showed that only 29% of employees are “fully engaged” in their work. Unhappy employees can result in higher training costs due to turnover, financial losses due to theft, damaged company reputation and heightened absenteeism.

Further, a handful of scathing reviews from previous employees on sites like Glassdoor or Indeed can make getting new employees in the door a tremendous challenge.

Too many employers make the mistake of pretending that it isn’t happening. This approach carries no value for the employees or employer, with the worst possible scenario being total organizational dissolution. So what separates a good leader from a bad one?

In 2012, Forbes identified more than 9,000 unsatisfied employees that were strongly in agreement over six major areas that their managers needed to improve upon:

Where an effective manager will take a proactive interest in these areas, a bad manager would be lacking.

For example, if an employee had a grievance of any kind, they would be less likely to communicate their concern to an apathetic manager. However, if there is mutual trust and respect between them, the employee would feel more inclined to discuss their concerns with the manager without fear of retribution or otherwise.

For employees to effectively communicate with their boss, there needs to be respect, trust and transparency, regardless of the circumstances.

Strong leadership skills are most effective during real and perceived emergency situations, which would leave an apathetic manager far behind. By living through good qualities such as passion, confidence, team smarts, simplicity and fearlessness, a good leader is able to be effective, whether there’s an emergency or not.

Being an effective and positive leader will not only reap benefits for your employees, but also for yourself as well as your organization. Even though the job may be stressful at times, don’t be afraid to manage and just be real with yourself and others.

What do you feel embodies an effective manager?

(Photo by Flowtography / CC BY)

By Robert Conrad | Twitter | Facebook | Other Articles
Robert Conrad is a former business student and manager with more than 10 years of experience. These days, he applies those skills towards mentoring at-risk youth and plays video games during his rare downtime. Robert can be reached on Twitter or Facebook.