3 Biggest Career-Killers and How to Handle Them 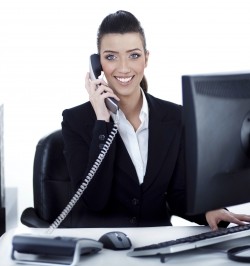 In folklore, the hob (short for hobgoblin) is a grotesque little creature that exists for the sole purpose of making trouble for human beings. In our world, the hob is that annoying inner critic who always seems to find merciless new ways to say, “Here’s why you suck.” Now, of course there are a million different reasons to wrestle your hob into submission but, for our purposes, this is the biggie:

Huge career (and salary!) leaps don’t come from waiting until your performance review to be handed incremental bread crumbs. That’s lame. They come from knowing your value, going after what you want, and bulldozing through any mental blocks along the way.

Yes, I know it isn’t easy, but it can be. Truth! There’s only one step between you and total freedom (a.k.a. complete hob annihilation) and it’s beyond simple. All you have to do is understand—to the core—that your inner critic isn’t real.

Seriously, it’s nothing more than a crotchety, unwelcome houseguest in your head who never leaves. The “hob” has no power whatsoever, so don’t give it any. Whenever you have a negative thought pop up—“I’m never going to get this done”—take a split second to acknowledge it—“Thank you for sharing”—then recast the thought into more productive phrasing—“I need to break this project down into smaller pieces.” Get it? Initially, you will have to do this—quite literally—moment by moment and thought by thought, but eventually your brain will get with the (re)program. Think about it this way: You are training your mind like you train your muscles. Sure, it hurts at first, but that’s how you get stronger.

The Three Biggest Career-Killing Hobs and How to Handle Them

Okay, we all know there’s some pretty appalling crap going on in offices today. (And, no, I’m not just referring to those white-collar jailbirds and the need for corporate bailouts.) I’m talking about petty nonsense that—left unchecked—can derail your career faster than you can say, “Double-wide Cubeville4Life.”

Of course, your little trickster upstairs loves this stuff—but don’t be fooled. All of the behaviors I’m about to describe are muddy career sludge, and the moment you step in any of it will be the moment you stop . . . in . . . your . . . pointy . . . toed . . . tracks.

While a vigilant threat-and-danger watch was certainly a requirement back when we lived in caves and wore fig leaves, these days it just sucks the oxygen out of the room. Seriously—who are the people at work you’d hang with even if you weren’t paid? Are they the ones who see the cloud in every silver lining? I doubt it. So, if you don’t want to be around negative Nancys, chances are your colleagues don’t, either.

How to Recognize the Negativity Goblin. When presented with a new idea, does your mind automatically jump to all of the reasons it won’t work? If your first and loudest thoughts are always the ones that say “This is unrealistic,” “We’ve already tried that,” or “It’ll never happen,” that’s your hob talking.

Take Action. Before you enter a meeting with colleagues, think for a moment about the most annoying person you’ve ever met. Not someone mean, per se, just someone with mosquito-like qualities (and by that I mean pesky in a way that makes you want to slap ‘em). Now, try imagining this person as the voice of your inner critic. Then, when a negative thought like “We’ve tried that already” pops up in your mind, it will be easier to dismiss.

A few years ago I was in a meeting listening to one of my colleagues over the mothership (a.k.a. that oversize orb planted in the middle of boardroom tables). At one point, she said something I didn’t agree with and I looked at the guy across from me and rolled my eyes. It was a dumb move, and I immediately felt bad, so I did what I always do when I’m in a career pickle: I wrote about it on my blog.

At the time I didn’t think anyone cared about my site (note: If you’re in corporate, someone is always watching), and since I changed the names and a few other details, I thought I was safe. So you can imagine my surprise when a few days later I got a call from my coworker inquiring whether the post was about her. (Oops!) I’m a terrible liar—even little white ones—so I confessed, apologized, and yes, even groveled a bit.

Still, our relationship changed after that. I mean, cold shoulder city. Did she have a right to be annoyed? Sure, but we still had to work together and her inability to let it go created a lot of unnecessary tension.

How to Recognize the Grudge Goblin. This one’s easy. If the very sight or mention of a particular coworker turns on a finger-wagging, self-righteous diatribe about all the ways that person has done you wrong, you’ve got a grudge.

Take Action. For starters, stop taking everything so damn personal. There will be many times over the course of your career where you’ll be irked by a colleague’s behavior, attitude, or poor choice of words. It happens.

Since he or she probably didn’t mean to offend you, why make life more complicated than it needs to be? In fact, allow me to channel Oprah for long enough to tell you that when you hold a grudge, it holds you too. You can’t pick your coworkers (if only, right?), so if you have a beef—deal with it head-on if you need to, then release it.

You’re not letting the other person off the hook, you’re just not giving him or her any control over your attitude or behavior. See the difference?

Not too long ago my mom had a suspicious lump on her breast that her doctor wanted to test further. Instantly, her mind took a Bolshoi Ballet leap to the worst-case scenario and she called me in hysterics, explaining—and I’m not kidding—how she wanted the money in her savings to be used for her funeral.

Thankfully, the lump was benign, but the worry became a total mind-hijacker, and she was distracted and unfocused at her job for weeks. While a cancer scare is certainly serious, there are some people who apply that level of worry to every little thing, causing their brain to become endlessly distracted with “what-ifs” rather than what’s now.

How to Recognize the Worry Goblin. Worry is defined as freaking out over things you can’t control. At work, it could mean worrying about things like whether your proposal will win the bid, whether the presentation you just made was good enough, or whether your flight will be delayed. In short, if you find your mind is constantly asking questions that you couldn’t possibly have the answer to, you’ve got a worry hob.

Take Action. When your thoughts are racing with worry, all you have to do is stop and ask yourself one question: What about this situation can I control? Whatever that is, it’s the only thing worth focusing on. Everything else has either already happened or might never happen. Regardless, worrying about it won’t change the outcome.

How do you deal with the top three career-killers? Share with us in the comments!

By Emily Bennington | Website | Other Articles
Emily Bennington specializes in two distinct forms of career transition: college students entering the workforce and women leaders entering executive management. Her work deep dives into what Stephen Covey famously referred to as “the space” between stimulus and response where she challenges executives to choose mindful, values-centered action. Read more about her here: www.emilybennington.com