Are You on the Right Sleep Schedule? 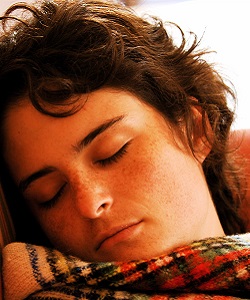 How common is it for people who run their own businesses to sacrifice sleep?

Do a lot of us get three or four hours a night?

Have you ever pulled a full all-nighter, and it wasn’t for a chemistry exam back in college?

Getting that exalted eight hours is something I’m here to recommend. And yet …

Here are some bright-eyed and bushy-tailed thoughts on some alternatives to a traditional night of sleep for those of us who either have too much to do or who just have a hard time operating on a traditional timer.

It’s proven that less than eight hours of sleep will suffice, particularly if you have a chance to nap at some point during each twenty-four hour cycle.

In fact, this concept comes complete with terminology. In short, there are two basic alternative sleep cycles: biphasic and polyphasic.

The biphasic sleeper divides eight hours of sleep into two quick bursts of roughly four hours each. An example may be from about 3 a.m. until about 7 and then about 1 p.m. until about 5. This may involve a nap of an hour somewhere in between.

Each short duration of sleep should leave you feeling refreshed. That’s because you should wake up as your brainwaves come up near the top, rather than getting pulled out of REM sleep, which would cause you to feel jarred and groggy.

In fact, an essay from livescience.com contains the assertion that people who wake up in the middle of the night are doing so because that’s what’s perfectly natural. The essay quotes a sleep historian, Roger Ekirch, who explains that the one, eight-hour stretch of sleep is a modern invention.

The polyphasic cycle is similar to the biphasic in terms of the main period of sleep. In polyphasic, as in biphasic, this is just a bit shorter, lasting on the order of two-and-a-half to three hours.

The polyphasic sleeper takes a couple of short naps during the day. The idea is to not stay awake for far too long at once, driving yourself nuts and exhausting yourself.

The benefits of any of these non-mono-phasic styles revolve around becoming refreshed. Rather than being asleep for eight hours and then awake for sixteen, the polyphasic or biphasic sleeper hits the reset button more often.

Matthew Walker, a psychology professor at UC-Berkeley, has conducted research that explains how this works. Walker explains that the hippocampus serves to provide short-term memory, storing facts for a period of time before forwarding them on to the frontal cortex, where they can be analyzed in depth.

The problem is, just like computer storage, the hippocampus gets full, and experiments Walker has conducted shows that naps can serve to clear out this storage, allowing it to then send on the facts and be open for new ones.

This shows that binge working doesn’t lead to higher quality work — that a quick dip out of consciousness is necessary.

The greater quality of work done by polyphasic and biphasic sleepers is often accompanied by the sort of focus that makes the work go more quickly and thus gives more free time. The refreshed worker can get work done quickly, knowing that more sleep is never too far away. It’s all about treasuring the time when one is awake.