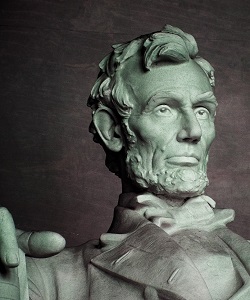 Many people do not realize that the president who led the country through World War II had a paralytic illness that left him confined to a wheelchair. Because of the prejudice surrounding physical disability, he rarely allowed himself to be photographed in the wheelchair. But in a time when those with disabilities were often overlooked or thought of as having less value than those without a disability, it is remarkable and inspiring for him to have risen to the most powerful position in the world. It is a reminder that no matter what limitations you face, it is possible to do anything you are willing to work hard enough for.

It can seem like ancient history sometimes, but the influence of past American presidents is easily felt to the present day. The reverence and demand for documents featuring presidential autographs signed at the bottom reveal a continued respect and admiration for many former inhabitants of 1600 Pennsylvania Avenue despite how much their approval ratings fluctuate while in office. Furthermore, these documents reveal the engines of progress at work within the administrations of the past on matters relating to immigration, foreign policy, economic reforms, healthcare, and many other issues still making headlines today.

Albert Einstein is perhaps the most well-known scientist the world has ever produced. His story has led to numerous books, movies, and television shows and he continues to inspire people to embrace their unique intelligence and think outside the box.

Marie Curie is another familiar name when one considers the history of science. She was the first woman to be recognized with a Nobel Prize and is perhaps most well known for the invention of the mobile X-ray machine which was used to determine the severity of injuries of soldiers on the battlefield. She is also something of a cautionary tale. Her work in radioactive materials is often credited with the development of atomic bombs and was what ultimately led to her early death. The lesson of caution and not putting discovery before safety and understanding is a less pleasurable one to remember but nonetheless important.

It is almost unfathomable for the modern person to imagine a time before the telephone. More specifically, a time before a smartphone was their ever-present companion. The power of the telephone simply can’t be overstated. But only a decade ago smartphones were uncommon and it wasn’t until the early 1900s that telephones were more than a novelty.

The popularization of the old fashioned landline is credited to Alexander Graham Bell and Thomas Watson. However, the creation was ultimately the result of innovation, research, and experimentation by a larger group of people. Bell is an inspiration to many not because he popularized the telephone but because of what he did with his subsequent wealth. He went on to help fund other scientist’s work and helped the journal Science and the National Geographic Society.

Steve Jobs is often credited with taking the telephone to the next level. While there were cell phones prior to the 2007 release of the iPhone, they were essential mobile versions of the original iteration of the telephone. Jobs took the basic idea of a communication device and created something far more valuable that went on to dramatically shape modern culture. One of his most famous quotes is, “Innovation distinguishes between a leader and a follower.” If you want to be a leader in your industry don’t be afraid to take risks.

History is filled with inspiration if only one is willing to look. By taking the time to examine the past it is possible for modern workers to learn more about what it takes to achieve greatness while maintaining humility in their own capabilities.