5 Ways to Retrain Your Brain 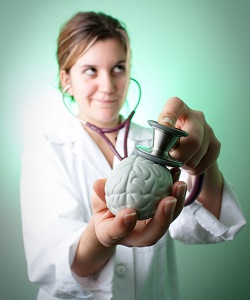 It was once generally accepted that we were born with a certain capacity to learn and we did the best we could with what we had.

Since the 1990s — also known as “the decade of the brain” — neuroscientists have discovered that we can actually increase our capacity to learn.

Technological advances and a wealth of research now prove that creativity, innovation, critical thinking and problem solving are hardwired into each of us.

Given that we all have the same basic anatomy between our ears, what separates the best of us from the rest of us?

The masterminds have learned how to master their minds.

With a basic understanding of how the brain works and a few simple brain-based strategies, we can all increase our learning power. Learning how to learn — or relearning — is the first step. Here are five simple ways to retrain your brain and master your mind.

We’re taught early on that the smart people have the answers. The truth is that the smartest people ask the most questions. The superminds of mankind — Leonardo da Vinci, Albert Einstein, Galileo, Thomas Jefferson and Isaac Newton — have all been described as having insatiable curiosity.

For example, Leonardo’s notebooks comprise over 7,000 pages of confounding questions illustrating his relentless quest to discover the “knowledge of all things.”

One way to exercise your natural curiosity is to shift away from trying to find the “right answer,” and learn how to explore different questions. Asking more “what if” and “why” questions will not only nurture creativity and innovation but also increase your problem-solving ability.

Practice reframing questions to shift your perspective. For example, instead of trying to find the meaning of life, consider finding more ways to make your life meaningful. That feels different, doesn’t it?

Laughter reduces stress, releases neurotransmitters in the brain and is clinically proven to have a powerful and positive effect on physical, emotional and social health, and overall wellbeing. Laughter also works as an effective distraction from things that cause stress and anger — emotions that impede our ability to learn.

In fact, studies show that the simple act of smiling has been found to increase attention and the ability to see problems holistically.

In addition, humor and creativity are inextricably connected. Laughing and smiling create the conditions necessary for the brain to engage in divergent thinking, which is essential for complex problem solving.

Humor links otherwise unconnected areas of the brain, which is the primary goal of whole-brain thinking. And if that isn’t enough, research also suggests that people who smile more may live longer!

A Google search on “fear of failure” will produce more than 150 million hits. It’s No. 15 on the top 100 phobias list listed as atychiphobia. It’s also one of the greatest barriers to learning and overall success.

We tend to internalize mistakes as evidence that we aren’t smart. Intellectually, we know that mistakes are essential to the learning process, but no one wants to embrace them or bring attention to them.

However, when you embrace mistakes (honest mistakes, not careless mistakes) as part of the learning process rather than examples of failures, the chemistry of your brain actually changes.

Instead of releasing stress-related chemicals that impede learning, your brain will release the happy chemicals that promote learning. Rather than seeing each mistake as one step closer to failure, you’ll be able to process the mistake intellectually as productive learning and be more open to seeing a solution.

When we truly enjoy learning, we’re more likely to embrace and overcome intellectual challenges. In addition, we’re much more likely to exercise higher-level executive thinking, make deeper cognitive connections and apply new learning in other areas of our lives.

Alfie Kohn refers to this as “exuberant discovery,” and now science backs up his theory with research. Brain maps of electrical activity (EEG or brain waves) and neuroimaging of neurotransmitters show us what happens when we experience different emotions during learning.

We can actually see bursts of brain activity in one area of the brain followed by bursts of electrical activity in the hippocampus, amygdala and other parts of the limbic system.

In simpler terms, when you enjoy learning something new, your brain releases a nice shot of dopamine that gives the memory center a nice massage and releases a chemical that increases both focus and attention span. It’s kind of like treating your brain to a spa day.

That is the way to learn the most, that when you are doing something with such enjoyment that you don’t notice that the time passes.”
– Albert Einstein

5. Use Your Whole Brain

Indisputably, Albert Einstein was one of the greatest scientific minds in history. So what was it about his brain that enabled him to understand space, time, mass and energy in a way that would change the world?

In 2013, a team of scientists in China examined Einstein’s brain and discovered that he had a freakishly large corpus callosum. The largest nerve fiber bundle in the brain connecting the two hemispheres was thicker and larger than normal.

Simply, Einstein’s brain was more connected than most. He was able to think, learn and explore the world around him with his whole brain.

If you really want to tap into your inner genius, learn how to use your whole brain. Incorporate these into your mental tasks:

These can stimulate different parts of your brain to increase creative thinking, expand your perspective and give you greater enlightenment.

Laugh a little more and enjoy the journey. Ask questions and be on the lookout for juicy mistakes. Just understanding how the amazing brain works makes you smarter already!

(Photo by Daniele Oberti / CC BY)

By Dr. Melissa Hughes | Website | Other Articles
Dr. Melissa Hughes is the founder and principal of The Andrick Group. Our mission is to engage, inspire, and educate people to increase their capacity for learning and creativity. We do this by providing tailored, dynamic workshops that help organizations improve their work by understanding whole-brain learning and applying those principals to achieve greater productivity, professional growth, and personal satisfaction.