How to Work Less While Producing More 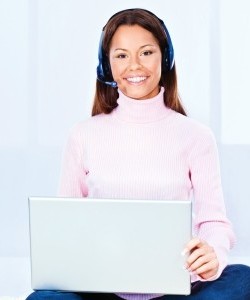 “The bad news is time flies. The good news is you’re the pilot.” ~ Michael Altshuler

When I was inching my way towards college graduation and anticipating what lies ahead, I wasn’t dreading stepping into the “real world” and getting a full time job, but I was dreading falling into the picture of what society tells us a full time job has to look like.

I didn’t want someone to tell me that I needed to sit in front of a computer between the hours of eight and five, with two fifteen minute breaks and one half and hour break if I’m lucky. I wanted to be productive, in a nontraditional way.

So after reading Tim Ferris’ book The Four Hour Workweek, I went to work streamlining the way that I spent my time, finding where I was wasting minutes and dispelling the guilt I felt for not clocking in precisely eight hours every day.

After all, I wanted to be working to live, not living to work.

The truth is, most of us don’t need eight to nine hours every weekday to complete the tasks that need completing and move closer to our career goals. In fact, if we are spending time that doesn’t need to be spent, we often end up watering down our effectiveness.

So how can you spend less time working while actually being more productive? Here are six tips to get you started.

Tip #1 – Reserve certain times of the day for checking email.

Checking and responding to email can be a major time suck, especially if you are dropping everything every time you receive one.

Instead, check your email once in the morning and once before ending your workday. This will ensure that you are responding in a timely manner without requiring you to switch gears when you’re in the middle of another project.

Tip #2 – Allow less time for projects than you think you need.

Chances are, if you block out four hours to complete a task, you’ll find a way to make it take that long. However, if you give yourself less time then you might traditionally think you’d need, you’ll likely be able to find a way to get in done in the shorter time frame.

This doesn’t mean being okay with completing shoddy work — if the task isn’t complete, adjust to accommodate the changes. But you’d be surprised how much cushion time we actually give ourselves that would be better spent elsewhere.

One of the biggest distractions I face is receiving text messages in the middle of a project. This can completely halt my train of thought and make it nearly impossible to get anything done in a reasonable time frame.

What’s your biggest distraction? Find a way to remove it from your workspace so your attention doesn’t have to be divided in a way that’s not beneficial to you. This does wonders for removing at least some of the frustration from your workday.

Tip #4 – Complete your biggest tasks first thing in the morning.

Before I implemented this tip into my every day routine, I would spend a ridiculous amount of time avoiding certain tasks, the ones that I actually needed to do. Then, some eight hours later, after completing a plethora of worthless errands and phone calls, I would have to deal with the guilt I had for not tackling the most important things on my to-do list.

If I finish my largest, most important tasks first thing in the morning, the rest of the tasks will be completed in a timely manner, not drug out for avoidance purposes.

This tip may not work for every job, but as a writer, I know that I could spend hours staring at a blank computer screen and have nothing to show for it at the end of the day.  Therefore, I know that if the ideas aren’t flowing, it’s best for me to move on to something else and return at a later time.

This stops me from spending precious time pushing for something that simply isn’t working.

Tip #6 – Let go of the guilt and think outside the box.

Often times we think of productivity in relation to the hours worked, not the actual amount of work produced. This traditional way of thinking left me feeling guilty for the days when I would close up shop at 12 and spend the rest of the day doing all the things that I actually wanted to do.

But the reality was that I had completed the same amount of work that would have normally taken me a full day and the guilt was only keeping me from enjoying the life that I had wanted to create.

I now know that the extra time I have to create a fulfilling life outside of work actually helps me to create more success for myself professionally.

What tips do you have for working less and producing more?