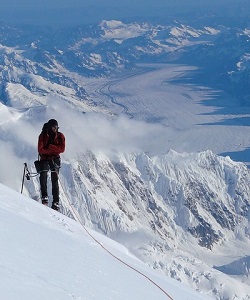 Do you hate being rejected? I do.

It used to bother me a lot. From not being invited to certain parties to being overlooked for a job to not have the person you like, like you back.

When people say no to you, it feels like they are saying no because you suck, you are not good enough, you are not deserving. You cringe at the thought of being rejected.

The reality is when people say no, it is not always about you. When I look at the times when I have said no to people or things, it’s not always because I’m not interested. I just know what I want or I’ve got other commitments.

So when someone says no to you, don’t take it too personally. There could be a slew of reasons that have nothing to do with you. For example, you went for a job interview and it went great but the company never called you back.

It may be because they decided to go with someone else and that you are not a good fit. But it could also be the company decided to do some re-organization and not fill the position.

Sure, a part of the no may be directed at you, but not all of it. There are times when the situation is out of your hands and out of other people’s control.

Dalai Lama said, “Remember that sometimes not getting what you want is a wonderful stroke of luck.”

And this is true. When I look back at the things that didn’t work out for me, I am so grateful they didn’t.

The Game of No

If you don’t go after what you want, you’ll never have it. If you don’t ask, the answer is always no. If you don’t step forward, you’re always in the same place.” — Nora Roberts

A big part of what I do aside from coaching is write guest posts. A lot of times I get rejected. So I’ve started playing The Game of No.

I first learned about this game through Rich Litvin, author of The Prosperous Coach. The concept behind this game is to get you out of your head and beyond your comfort zone.

You work past the fear of rejection — the thing that so often hinders you taking action to create whatever it is you want in your life.

The idea is to get out there and start working it.

The more you do, the closer you will get to a Yes. You start to focus on the things you have control over — the task you need to do to get results.

The twist, of course, is you can’t control how people will respond, so be prepared to get a lot of “no’s”. And in collecting the “no’s,” it becomes a game.

You start to become numb when people say no to you. And you start to look at “no’s” as a win, because every no you get, you track. It becomes a point and inches you closer to a yes.

You start making progress. According to Harvard Business Review, making daily progress doing meaningful work is one of the most important things to boost internal motivation.

James Clear, researcher on behavior psychology, wrote an article about how improving every tiny thing by 1 percent can add up to extraordinary improvement in the long run, helping you achieve your objectives.

He talks about Dave Brailsford’s approach behind the concept of aggregation of marginal gains in 2010. This concept led him to lead the British cycling team (Team Sky) to win the Tour de France three years later using this concept.

Under Brailsford’s lead, he looked for 1 percent improvements everywhere, from cycling-related areas to other aspects that can affect the cyclists’ overall well-being. Every small gain led to the success of Team Sky.

As Clear puts it, “It’s so easy to overestimate the importance of one defining moment and underestimate the value of making better decisions on a daily basis.”

While improving by just one percent may not seem to make a difference daily, the overall result of choosing to develop and practice daily successful habits can be astounding.

Success is a few simple disciplines, practiced every day; while failure is simply a few errors in judgment, repeated every day.” — Jim Rohn

Attaining success is not an overnight process. It takes time.

So every day choose wisely to master habits that are important to get you closer to achieving what you want. When you find yourself stuck or not making progress, ask yourself what can I do differently to make a change?

Look for the 1 percent improvement you can make get a better result leading you to success versus failure. And keep on collecting those “no’s.”

By Theresa Ho | Website | Facebook | Other Articles
Having been brought up in a traditional immigrant family, Theresa knows first-hand how it feels to be living the cultural expectations while wanting to live her own life. As the founder of Rejuvenate Your Essence, Theresa helps people who are ready to say yes to themselves. Visit her Facebook page for more inspiration.