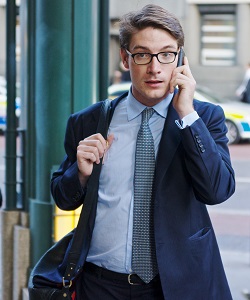 If you feel like you are always grappling with stress related to work, complaining about the workload and struggling to meet the deadlines while a colleague of yours is blazing all the way to glory with his superb work and productivity, something is wrong.

A little introspection would certainly help.

What is it that is keeping you from being as productive as your peers? Why do you feel drained halfway through the day?

Assuming that you love your work and have an inner desire to excel, it’s time to introduce some changes in your daily habits in order to deliver your best work.

Most people would say that a little exercise and ample nutrition would do the trick. However, it’s always easier said than done. While it might take some time getting used to the changes, persistence and hard work pays off without failing.

In today’s fast-paced world where technology has made most physical activities redundant, most employees are having problems maintaining optimum physical fitness levels.

The results of ill health have the most evident repercussions on a person’s productivity levels in a workplace.

Here are some habits that you as a generation next worker should develop to ensure sustained level of productivity.

Every educated individual out there knows about the gazillion benefits of exercising. Whether it is staying in shape or weight loss, sweating it out helps you improve the standard of life in more ways than one.

However, those who actually practice exercising as a part of their daily routine will know that it also enhances workplace productivity. How?

Research suggests that an exercise routine can give an individual more energy throughout the day. It stimulates development of energy chemical ATP in cell’s mitochondria; this gives you more energy to not only perform physical tasks but also boosts your mental output.

An experiment by a British economist George MacKerron suggests that exercise makes people very happy — the only other activity that makes them happier is sex. And the happier one is, the more productive he or she can be.

Most people in their initial excitement buy snazzy gym equipment and clothes and then don’t get around to working out on a sustainable basis. In order to it be really effective, one needs to exercise regularly, for which you can resort to various tactics such as working out in groups, with your friends, or joining classes to keep you motivated.

Skip the Drive Thru

In addition to exercising, one needs to have nutritious food to ensure peak levels of mental and physical performance. Many folks live off burgers and colas, which are not only a bad choice of food when it comes to health, they also slow down a person’s reflexes, interfering with productivity.

In fact, better nutrition can help increase productivity levels by an average of 20 percent. There are healthy choices that are also known as brain food, which can help your work productivity by increasing your concentration levels.

Glucose is the ultimate fuel on which the brain thrives. Research suggests that 25 grams of glucose in blood stream is optimum for all brain functions. The trick is to settle for a healthy way to get these 25 grams.

You can gorge on a hamburger, which will release glucose into the blood quickly making up for about 20-30 minutes of alertness. After that those levels will drop quickly, making you feel unfocused, irritated and distracted..

Or on the other hand, you can eat a healthy snack like oats, which will gradually release glucose in the blood stream, improving concentration and attention levels.

There have been countless studies done, all of which have reached to the same conclusion: Sleep deprivation negatively affects work performance.

According Meir Kryger, M.D., people who are deprived of healthy sleep often exhibit poor performance, mood swings, lack of concentration and lapses in memory, all of which negatively impact workplace productivity.

In order to energize your body cells for mental and physical exertion, you must give them enough rest by sleeping well. Six to eight hours of sleep in a day is suggested by most physicians for normal people.

Keep your devices such as mobile phones, laptops,  and pagers at distance so that they do not disturb your normal sleeping pattern.

There are not many people who don’t like listening to music. In fact, studies suggest that singing leads to the release of stress and the same effect can be attributed to listening to certain tunes.

Music makes some tasks easier and helps them complete faster.

A study published in the journal of Neuroscience of Behavior and Physiology suggests that a person can distinguish between different images, letters and numbers in a better manner when rock or classical music was playing in background compared to when there was no music.

However, listening to music while working is essentially multitasking, which divides mental resources. So pause your song when learning something new or performing tasks that require your entire cognitive abilities.

Consistent loss of productivity and a lethargic behavior at work can be a signal to an underlying medical condition.

If you aren’t able to give your productivity a fillip even after practicing all of the above measures with sincerity, it is advisable to get yourself a routine medical checkup. This could reveal the hidden cause of your uninspiring performance at work.

Any irregularity in your body’s normal functioning, such as high blood sugar levels or low blood pressure can have an effect on your productivity output. A routine medical checkup will reveal such aberrations and help you deal with them in a better manner.

Your turn: What healthy habits help you increase your productivity?

By Saurabh Tyagi | Website | Other Articles
Saurabh Tyagi is a career author with strong technical education credentials. He offers various career advice related to resume making, increasing workplace productivity and others, many which have been published on various blogs. He writes for the leading online recruitment portal Naukri.com. Read on to get more tips on How to Deal with Stress at Work from Naukri Resume Services Experts.