Continuing Education for the Freelancer or Solopreneur 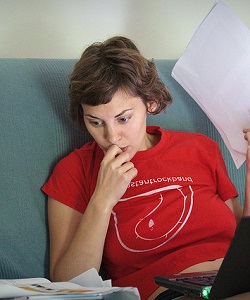 Working at home is a dream of many, and for tens of thousands it’s a reality that brings us both tremendous joy and endless frustration.

For the freelancer or the solopreneur, the only way to truly remain relevant in such a fast paced career path is to stay on top of current trends.

You also have to learn new ones in order to increase your earning potential in new niches, as well as perfecting the skills you already have.

The important part is ensuring that you’re continually educating yourself in order to increase your marketability and your overall skill set.

However, for those of us that work as freelancers or own a one person business that relies on working digitally, it’s hard to argue against adding additional tools to your toolbox.

While mastering one skill certainly isn’t wrong, for the sake of argument we’re going to take a look at the ways that a hypothetical web developer could look to expand his or her skill set beyond HTML, CSS and Javascript.

Whether you prefer the self-taught route or to take classes through an institution with a great graphic design program, learning to become at least proficient in design will make your job a lot simpler, even if you have no intention of actually designing your client jobs.

These classes will help you to learn design fundamentals so that — at the very least — you learn to communicate effectively with a designer that you hire (or work for) down the road.

In addition, you may wish to go back to a 9-to-5 at some point in your life, and these additional skills make you infinitely more marketable to a smaller shop that relies on one person for design and development, rather than a small or large team.

The graphic design courses at Platt college tout that their program will leave you with “design foundations including composition, layout, digital paint and illustration, typography, prepress production, and photo manipulation.” The program also includes the “newest technologies such as designing interactive publishing applications for tablet devices.”

These are in-demand skills and paired with your existing developmental knowledge, you’ll certainly be a force to be reckoned with.

While they might not be coders themselves, most have at least a fundamental understanding of JQUERY as well as server side languages such as PHP.

Once you have a solid grasp of front end development, it might be time to move on and learn how to program in a mobile environment. Many front end developers move on to developing mobile or web apps as a way to find extra work or save money on jobs they were outsourcing to others.

There are dozens of online courses that show you the ins and outs of mobile development whether it be for Android, iOS, Blackberry or Windows phones.

While I’m not suggesting that you go out and get a marketing degree, but knowing the basics of online marketing such as content marketing, on-page optimization, social media and SEO could open the doors to a wealth of new clients.

You don’t need to specialize in any one thing, but having a basic understanding of these services also offers you the potential to use them as upsells to new or existing clients.

As you can see, starting with a base skill (in this case, web development) and branching out to include other tools that increase your marketability, you’re not only able to focus on additional client tasks, but you’re becoming less reliant on others in order to complete these tasks.

For anyone that does a lot of freelance work, you know that hiring a designer to create mockups so that you can code the final product gets expensive. Hiring a marketing company to increase visibility might not be in the budget. Finding someone that can debug JQUERY is just decreasing your bottom line.

Becoming a sort of digital renaissance man might just be the key to unlocking the extra dollars that you’ve been missing all along.

(Photo by Alessandro Valli / CC BY)