The Four-Day Workweek: Pros and Cons

When you know a three-day weekend is just around the corner, do you try hard to tie up loose ends during the week so you can enjoy it? I know I do. When you get back to work on a Tuesday, doesn’t the rest of the week seem to fly by? Wouldn’t it be great if you could have a four-day workweek every week? You can!

When faced with a short workweek I know I am more productive during business hours. Here are some other benefits:

But there are drawbacks, too. Working 10 hours a day isn’t for everyone.

When thinking about creating a four-day workweek, people tend to think about how great it will be to have more time away from the office rather than how increasing their workday by two hours may affect them and their families. Less time in the day outside of work means less time for running errands on your workdays.
END_OF_DOCUMENT_TOKEN_TO_BE_REPLACED

I spend an ungodly amount of time at my desk, staring at my large screen iMac. My body gets stiff, and sometimes numb. To help my muscles out, I frequently stretch at my desk. It not only makes my body feel better, but it gives my mind a break.

If you’re like me your shoulders creep up to your earlobes with stress during the day. I hold all of my stress in my upper back and neck. And while I prefer a massage, I can’t get one every day. But this series of simple stretches help, and I can do them in the comfort of my own office chair. Why not give them a try yourself?

To loosen stiff neck and shoulder muscles, drop your chin to your chest and stretch. I also like to roll my head from side to side to stretch the side of my neck and the backs of my shoulders. Take some time to relax and do this stretch—it feels so good.

Why I Use a Leather Day Planner Instead of a Smartphone

When I meet another person who carries around a monthly planner that is made out of (gasp) paper I get positively giddy. Despite my most recent post on dumbphones, I’m not against technology. But when it comes to certain things (monthly planners included), I gravitate towards the tactile.

I have carried around a paper planner since college. For four years spanning the late 1990s and early 2000s, my every move was cataloged in that thing. When papers were due, my work schedule, important phone numbers, a list of books I wanted to read — among other things. My planner had pockets where I kept stamps, an address book, and a handy 6-inch ruler that I rarely used…but always appreciated.

My good friend Annie is the only other person I know who loves a paper planner the way I do. I knew we would be friends instantly when she pulled it out one day to check her schedule. We also love writing letters, receiving mail, and expensive stationery. Her thoughts on her planner are aligned with mine:

“It’s easy to use and it’s harder to misplace than a smaller, electronic device.”

You’d think we were in our late 70s — instead of our early 30s.
END_OF_DOCUMENT_TOKEN_TO_BE_REPLACED 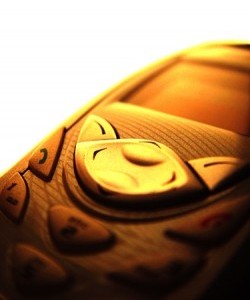 As for me, I do not own a smartphone…and I don’t even want one.
END_OF_DOCUMENT_TOKEN_TO_BE_REPLACED

Are You Making These 10 Spelling Mistakes?

A couple of months ago I shared with you a list of my 10 most commonly misspelled words. In doing so I realized how many other words out there I frequently get wrong without even knowing it. Here are some of them…

Calendar: I actually made a sign for calendars at a store I was working at and spelled it with an ‘er’ rather than an ‘ar’. I felt pretty foolish.

Cemetery: I always want to end this with an ‘ary’. If I had my druthers I’d change it for good in the dictionery dictionary.

Fiery: This is one seriously messed up word. Whoever decided a random silent ‘e’ made sense should be fierd fired.

Grateful: Clearly it’s not great to be greatful grateful because that would make too much sense.

Jewelry: You’d think because it’s made by a jeweler that there’d be an ‘e’ after the ‘l’. END_OF_DOCUMENT_TOKEN_TO_BE_REPLACED

The Proper Way to Write a Business Letter 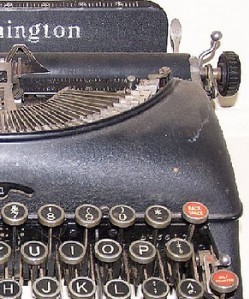 Even in this world of Twitter, email, and Facebook updates, you’d be remiss to think that the standard rules for composing a business letter have gone the way of the carrier pigeon.

A properly formatted business letter not only shows off your level of professionalism, it also shows character, tact, and maturity. Sure, anyone can send anyone an email…but when you need a more formal way to communicate, like when you’re applying for a job, writing to a customer, or seeking funding for a project, a business letter is the way to go.

It’s been years (15 to be exact) since I took business typing at Orono High School. To this day I still think that what I learned in that class has helped me in college, grad school, and in my professional life. Not only do I type at lightening speeds (not to brag) but I know how to format any business letter or resume.

There are several formats for a business letter, but they generally fall into two categories: block and indented. The difference? The block format has no indentations and the indented format does. Simple, really.
END_OF_DOCUMENT_TOKEN_TO_BE_REPLACED

Does Your Office Kitchen Make You Scream? 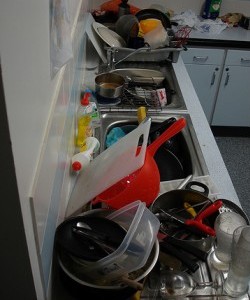 We have a sign posted above the sink in our office kitchen. It reads:

WANTED: DISHWASHERS! Former dishwasher has dishpan hands. Please take a few moments and do your own dishes. Thank you!

And underneath that sign is a sink full of dirty, smelly dishes.
END_OF_DOCUMENT_TOKEN_TO_BE_REPLACED

Have you ever looked at your keyboard? I mean…really looked closely at it? Dirty keys and stuff stuck between them? Gross.

When was the last time it was cleaned? Maybe never? Whether your answer is “never” or “not since forever”, you should clean your keyboard regularly — and here are some keyboard cleaning tips on how to do it both effectively and safely.
END_OF_DOCUMENT_TOKEN_TO_BE_REPLACED