What Does An MBA Graduate Do: The Sky’s The Limit 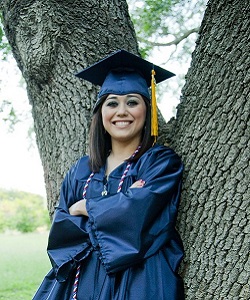 At some point in their careers, an artist realizes they have to operate their creative endeavors like a business.

They can’t be artists if they don’t sell a product or a service that generates enough profit for them to remain artists.

Every artist may be at the center of their being an artist, but they still need a bit of business acumen to get them through the month.

This same sensible consideration applies to almost any enterprise mankind takes on.

Even charitable enterprises are run like a business. For the most part, you can’t even give away something for free – a service or something tangible – without running it through the business office.

Public schools have business managers, who help make key decisions on programs and special projects, because if the funding isn’t there, the programs will not endure. Hospitals are run by administrators with business degrees. Even altruistic charities, like Goodwill Enterprises, operate along the lines of a business model.

Consider the example of businessman Chuck Feeney, who became a billionaire through is businesses in duty-free shops, the types of businesses you find at airports.

Feeney formed Atlantic Philanthropies and vowed to give away all of his money before he died. At age 83, he accomplished this goal. The last donation the foundation made was $37 million bequeathed to schools in Northern Ireland.

That was near the last donation by the foundation with Feeney having given away almost $6 billion. His goal, he said often, was to have the last check he wrote before he died bounce at the bank. And it seems his wish might come true.

Not All About Making Money

How business majors lament this strategy, however. As a rule, foundations only give away their earnings, so that they continue to make investments to keep the foundation alive and well, so it can make more donations down the road.

Feeney broke that general rule and his generous heart will see the end of its ability to give. In the hands of business majors instructed to only give the profits away, Feeney’s $6 billion could have lived on in perpetuity. The giving didn’t have come to an end.

The problem with a master’s degree in business administration, the ubiquitous MBA, can be traced to the inclusion of the word business in the title. Business implies people earning money for the sake of earning money.

If the emphasis was on the word administration, the stigma of the profit-addicted, ruthless businessman falls away and reveals what an MBA means in the real world. With a masters of science in management and organizational leadership, doors open up in ways that a “master’s degree in making money” does not.

Even altruistic philanthropists like John Lennon realized you can’t give your foundation away in your pursuit of a goal. Lennon, in his life, strove to promote world peace, but he also took time to thank his wife Yoko Ono, from time to time, as she had a sounder business head on her shoulders than he did.

The creative former Beatle may have given his fortune away, like Feeney had done. Ono, however, is the daughter of a Japanese banker and to this day, years after Lennon’s murder, is able to run several charitable foundations that promote the arts, the environment and world peace.

Lennon praised his wife’s business skills in one of his songs, called “Cleanup Time.”

The queen is in the county home, counting out the money /

The king is in the kitchen, making bread and honey

Lennon sang this as a tribute to her skills as a businesswoman and his new-found appreciation of domestic life.

Clearly, what you can do with a business degree is get involved in almost any endeavor man attempts. You can support science, charities, healthcare and art. You can be in the room where some of the most important decisions are made on funding for a limitless list of ideas.

Another very great New Yorker (Lennon and Ono lived New York City) was my stepfather, who recently passed away of old age at age 92. In his day, he ran a print shop.

His business skills were legend, and he was able to turn a small shop that printed wedding invitations and menus of local restaurants into one of New York’s largest print shops.

One of his greatest joys was simply handing out paychecks, because he knew his business skills were providing decent wages for about 60 printers and shop assistants who worked for him.

You can do worse than simply earning money that keeps the wheels going round and round. A degree in business gives that notion solid possibilities.