How to Think Outside the Box 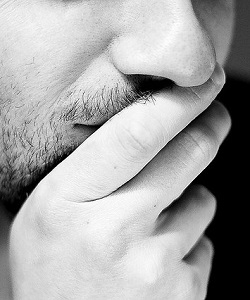 “Get your head out of the clouds,” or something similar, is something many of us have heard at least once in our lives.

From a certain age we’re told and taught not to think outside of the box, and we soon find ourselves telling others the same.

This is incredibly limiting and prevents us from going all-out on what we can offer the world.

In this post, I talk about how a renowned start-up can teach us three simple, exciting and, ultimately, liberating lessons.

A couple of weeks ago I finally did it. After an entire day of setting up, coordinating and participating in a networking event, I was too tired to walk home.

Besides, my workplace had a promo code that gave me a €20 credit with the service, so I didn’t have to feel bad for spending money on a distance I could have easily walked in 20 minutes.

An Experience Worth Losing Sleep Over

I unlocked my phone, let the GPS know where I was, entered my destination and requested an UberPOP. You know, the bad kind with unlicensed drivers.

The experience was wonderful. After I had placed my order, I saw the license plate, name and picture of the driver that was going to pick me up. Plus, I could see where he was in real-time. I got all excited, because I just couldn’t believe how amazing this was.

A few minutes later, the driver drove up. I got in the car, we greeted each other, he confirmed the address and away we went.

I’m the kind of person who is able to lose sleep over the excitement that new experiences can bring. I was excited because I pretty much fell in love with Uber and also because this was something entirely new.

And I love innovating endeavors — something the world hadn’t seen before but was now possible with just a few taps on my smartphone’s touchscreen.

Uber has taught me three simple and exciting lessons from which I believe we can all benefit, regardless of if we’re solopreneurs, small business owners, freelancers or employees.

1. The Impossible Can Be Made Possible

I’m fairly sure people had already thought of a solution like this while they were daydreaming but dismissed it because it seemed impossible.

And then, somebody goes ahead and takes an idea that’s been cast aside in the impossible box, turns it around and makes it possible. Not only possible, but, in this case, so incredibly easy.

The next time an idea hits you, don’t immediately label it “impossible.” If you do out of habit, engage in conversation with yourself.

Why would this be impossible? If it’s because you think you don’t have the knowledge, skills or resources to pull it off, maybe you know somebody in your circles who could help you out or point you in the right direction?

2. Any Game-Changer Has Naysayers

Unfortunately, ever since its inception, Uber has been attacked, protested against and powerful people want it shut down. But they’re still in business.

This has taught me that anything that’s building on and improving a service, a product, an idea or an entire system will have to deal with predominantly unreasonable resistance.

Just like an unconditional basic income or the implementation of bitcoins.

Just like not so long ago, people gave their nays when the issue on the table was that of women’s right to vote or race equality on public transportation.

Get used to hearing “no.” At first, it won’t be pleasant. But it will get easier to deal with, it will strengthen you and it will be a sign that you’re onto something.

3. Anybody Can Have A Good Idea

Too often, we still credit or discredit an idea based on the background of the person behind it.

I believe this experience can be useful, but a good idea is a good idea, whether it came out of the mouth of a 6-year-old or a 66-year-old.

Dare look past those external factors. Discover that any idea, at its core, isn’t left- or right-winged, black or white, Western or Eastern, but something somebody wants to spread out into the world, because the person behind the idea genuinely believes it would help at least one person.

The sad truth is that most of us are still conditioned to think that an idea that’s just a little bit out-there is by default a bad one and one that shouldn’t be considered seriously.

Chances are that’s you. You have an idea, but the ones closest to you have told to get your heads out of the clouds.

Break those chains off of you.

By Elias Schroons | Website | Twitter | Other Articles
Elias Schroons is a Brussels-based entrepreneur, writer, freedom fighter and founder of The New Rich Life, a community for those that seek freedom in life and business.