How the Affordable Care Act Impacts the Job Market 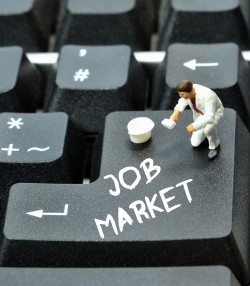 Remember last year when Papa John’s CEO John Schnatter, right around election time,  said that he planned to cut his employees’ hours as a way to circumvent the major requirements of the Affordable Care Act?

Well that was just the beginning, now other businesses are thinking that might not be such a bad idea.

Schnatter, to his credit, backpedaled and apologized after a firestorm of bad press around his plans. Now though the movie theatre chain Regal Cinemas is doing the same thing that Schnatter threatened to do.

Regal claims it cannot afford to pay for insurance for every employee who works 30 hours a week, which is considered full-time under the Affordable Care Act. So they’re trimming hours and employees.

So how does does Affordable Care Act impacts your job search? Let’s take a closer look.

Closer Look at the ACA

The key mechanism for insuring those people is the employer mandate. Any business that employs at least 50 full-time workers is obligated to provide them with health insurance or pay a penalty.

As you might have guessed, according to the Care Act definitions 30 hours a week is considered full time. So a vastly larger working population is now considered full-time and eligible for health benefits.

That has employers worried about how they will be able to afford to provide health insurance to their workers.

The unexpected result of these definitions has been businesses, fearful of the cost of purchasing insurance for their workers, looking to cut hours or lay off employees to get around the mandate.

A case study of a small business published in the  New York Times in March perfectly illustrates the struggle going on for a lot of businesses when it comes to Care Act.

According to the article, the business, a commercial bakery in California employs about 90 uninsured workers who they would be required to provide health insurance for under the Care Act.

When the article was written the owners were trying to decide on a course of action that would keep them in compliance with the law and keep them solvent. Should they just bite the bullet and offer everyone health insurance? Or was it worth it to pay the penalty? Could they possibly get around the mandate if they cut hours and outsourced some jobs?

You can be sure that every business in America is having a similar debate, and the losers in all this are the workers and job seekers, the very same people that this law was created to benefit.

What are your thoughts on the impacts of Affordable Care Act on the US job market? Share in the comments!

By Michael Cahill | Website | Other Articles
This article was contributed by Michael Cahill, Editor of the Vista Health Solutions blog. Michael has a degree in Journalism from SUNY New Paltz. Previously he worked as a reporter for the Poughkeepsie Journal and as an editor for the Rockland County Times.