How to Achieve Contrary to the Popular Beliefs 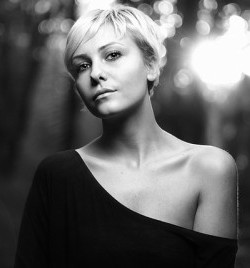 If yes, then this story is for you.

Forty years later, he considered himself to be one of the happiest people you’ll ever know.

He is known as the founding father of the International Firewalking Movement. He is the one who taught Tony Robbins how to firewalk!

He has resulted in a global phenomenon of over three million people attending Firewalking classes in six continents.

He is Tolly Burkan.

I was honored to interview Tolly a few years ago about his story of success and transformation.

Tolly was passionate about teaching people how to be happy. And when he discovered Firewalking (a practice that dated back to 1200 B.C.), he fell in love with the idea. He believed that it would be the ultimate vehicle through which he could help people transform their lives.

He believed that this was a cutting-edge method for developing human potential. He looked at Firewalking as a great metaphor that shows that personal power is gained through an inner state of heightened awareness and empowerment. If you can walk on fire, then what can you not do? The Firewalking experience melts down all the fears that may stop you from achieving your wildest dreams.

But, how on earth could he make a living out of it?

In order to become successful, he needed to persuade people to walk barefoot over a bed of hot embers. How could someone build a profitable business around persuading people to walk on fire?

This was something that no one had done before. It was contrary to all popular beliefs and trends. And it was dangerous. Some people thought that what Tolly was doing was satanic — from the devil! So, he was up against public skepticism and religious criticism.

If you were there at the beginning of the Firewalking movement, you would think that this idea was destined to fail — guaranteed.

Not only it is widely popular in the public circles, but it is being used by giant companies like Microsoft, American Express, Coca Cola, Met-Life and many more. They are all using it as a part of their training and empowerment programs.

How was all this possible?

Before, I share the secret with you, let me reveal another little-known fact about Tolly Burkan.

You might think that the public resistance to his crazy idea was enough of a challenge. But surprisingly, there was more.

Tolly had a physical disability

In his 20’s, a car ran through the red light, hit him and threw him 25 ft. His neck was crushed, the whole left part of his body was paralyzed and he had too many surgeries. He never fully recovered from this accident. He has had five bones transplants in his neck alone and that’s just a small example.

I want you to imagine how hard it is to deliver his Firewalking seminars and travel all over the world despite of this great physical challenge.

Was it easy? Absolutely not.

One of the things that helped him overcome his physical disability was that he found an inspiring role model who was totally paralyzed from neck down, yet he was a very successful author and professional speaker.

Now, back to the question of “How was all that possible?”

What is the secret of his remarkable success?

Besides being extremely passionate, Tolly believed that the journey of a thousand miles begins with the first step and that sometimes this step might be contrary to the popular belief. That’s why you must be patient, have a thick skin and persist.

In fact, in his first few years, things went very slowly. Doing something new that is contrary to the popular belief always faces a ton of resistance.

What motivated Tolly to persist is that he just focused more on the value he was giving to people and let the rest take care of itself. When he discovered and believed in the transformational impact and tremendous value of Firewalking, he stuck to the idea until he made it.

Follow the genuine inspiration that you feel in your heart, because that’s what makes all the difference. They will think you’re crazy, but you will know that this will bring you your ultimate dream.

Be receptive and stick to your unusual passionate ideas. Don’t let the doubts stop you from following your passion and having a life you can be proud of.

Follow the genuine inspiration that comes from your heart. That’s how you become a worldwide sensation and change the lives of millions.

What about you? Are you working towards your goals to achieve contrary to what others believe?

By Mohamed Tohami | Website | Other Articles
Mohamed Tohami is a bestselling author and the creator of “The P.A.S. Technique: The World’s Easiest Way To Find Your Passion and Purpose In Life”. Visit his blog to grab your free copy of his special report 4 Steps to a Life of Passion.