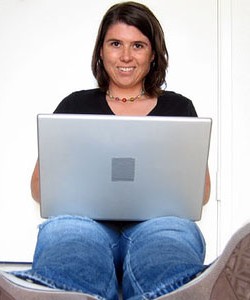 WorkAwesome editor Mike Vardy had the pleasure to interview Lifehacker founding editor and highly-regarded developer Gina Trapani on this week’s episode of the podcast. Gina’s got a ton of projects on the go on the web, all of which are awesome in scope and in nature. She’s regarded as one of the top productivity experts on the web today (one could go as for to say that her reach expands well beyond the Internet realm as well), and it was truly a privilege to have her on as a guest.

There was a lot more that went down in this brief — yet informative and entertaining — discussion, including Gina’s drink of choice and sleep habits. Check out this episode by subscribing through your favorite podcast aggregator or by listening to it right here on the website.

Please note that there were some slight issues with Skype on occasion during the interview. There wasn’t much that could be done about that, and since Gina’s time is at a premium, there was little choice but to let these rare imperfections slide.

If you enjoy the podcast, please let us know. Leave us a rating and review in iTunes; it’ll help people find us and build up our listenership. We’re working hard to bring some great guests on — and we’ve already had some great ones — so if you have any suggestions on guests or what you’d like to hear, let us know in the comments. We’re starting to roll out some of the suggestions we’ve received as of this week’s podcast, such as the expanded show notes. There’s more improvements to come.

Our goal…to be the podcast destination for those who want to do (and are doing) awesome work.

[powerpress url=”http://workawesome.podbean.com/mf/web/evrjb/Episode13_GinaTrapani.mp3″]
Subscribe to the podcast
Play in podcast in new window

(Image courtesy of The SetUp)