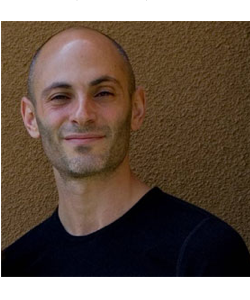 This week’s guest on the WorkAwesome podcast is Jesse Jacobs, founder of the Samovar Tea Lounge. Jesse also blogs at RealRitual, a website that discusses the power and joy of maintaining rituals in life.

If you’re looking to hear more of Jesse’s backstory, I highly suggest you check out his interview with Dan Benjamin on The Pipeline — as always, Dan does a great job interviewing Jesse. We don’t go into his backstory too deep in our discussion, but focus more on the present. Specifically, how he stays productive, fosters his passions and his suggestions on how others can do the same.

Jesse was kind enough to provide our listeners (and readers) with a 15% discount on all products at samovarlife.com. Just use coupon code drinktea upon checkout. This coupon is good until April 1st, 2011.
END_OF_DOCUMENT_TOKEN_TO_BE_REPLACED

I was packing more items than usual into my 32-liter backpack and a small bag for a 2-week trip while chatting with a friend. Eventually she asked,

“How in the world do you think you’re going to fit all of this into those two bags?”

I told her not to worry and twenty minutes later I had my two bags ready. I must point out that I’m a far more “practical packer” than just about every woman I’ve ever met. But as airlines charge more and more for more limiting luggage allowances, even high-maintenance ladies might need some helpful tricks in packing a carry-on only — while still having a decent choice of wardrobe.

Just remember: depending on where you’re going it’s a good idea to leave some extra space so you can bring back some goodies.

The old rolling trick saves lots of space, though some garments might need a little time to flatten out at your destination. Take each one of your folded garments and roll it tightly just before putting it in your bag so that you use every inch of space available. There are certain garments (such as dress cotton shirts) that cannot handle too much rolling or you will never de-wrinkle them — so lay those flat at the bottom of your suitcase then put your rolled up clothes on top of them.

Each shoe has valuable space that can be used for storage. Place rolled up socks (or even your favorite bar of soap) inside your shoes and pack them back to back inside a shoe bag or in separate shoe bags; leather shoes should go in separate bags for better protection and stuffing them with socks helps keep their shape. High-heeled shoes are best packed in separate shoe bags so that, in addition to stuffing them with socks, you may also use the back of the heels to secure rolled up garments or fragile items.
END_OF_DOCUMENT_TOKEN_TO_BE_REPLACED

There’s nothing worse than falling asleep during a presentation…

This time, I’m going to stay awake. So far, so good… I’m following what he’s saying… But I wonder why the text on the screen looks really black, when the area around the slide looks kind of grey? It’s just the colour of the screen so it should look the same. I mean you can’t project more black. Must be a contrast thing. Aren’t brains weird? Wait a minute, what was he saying? Now my eyelids are getting heavy…

If you’ve ever had that feeling of jerking awake as your head falls off your shoulders, you’ll know there’s nothing much worse than trying to stay awake during a dull presentation. Everyone behind you has noticed your head making small circles and slow-bouncing nods — but no matter how hard you try, you just can’t stay awake. You’re a bear hit with a tranquilizer dart — you can fight it, but after a few wobbly steps you’re going down. You just have to hope you don’t start drooling or let out any inadvertent snorts as you wake up.

Come to think of it, there is one thing that’s worse. It’s far worse to be the one delivering a bad presentation.

A half-hour talk given to an audience of 20 uses up 10 hours of other people’s time. There’s no reason in the world not to make it awesome. Here’s how you can stop draining people with your presentations and start delivering awesome ones.
END_OF_DOCUMENT_TOKEN_TO_BE_REPLACED

Review: ActiveInbox – Get a Handle on Your Email

Having a clean, organized email inbox is the Holy Grail for the 21st century. Talk to just about anyone and you’re likely to hear:

“Yeah, it’s a mess. Thank goodness Gmail has a great search function or I’d really have a problem.”

Wouldn’t it be great if you could reach finally achieve that eternal quest?

Thanks to ActiveInbox, you may finally have a tool that will help you achieve just that. ActiveInbox is a browser extension created by Andy Mitchell and Pete Lambert based on the premise that emails are just badly formatted tasks.

Turning Your Emails into Tasks,Then Group Them into Projects

ActiveInbox lets you choose whether an email is:

This has two main benefits. One is that it forces you to make a conscious decision about what to do with the email instead of just letting it sit there. The other is that it makes it easy to tell at a glance what needs to be done when — not to mention allowing you to keep track of when you need to prod someone about a follow-up email.
END_OF_DOCUMENT_TOKEN_TO_BE_REPLACED

Workspace Before + After Competition – Your Last Chance to Enter

Earlier in the week we let you know about the chance to win a set of 200 gorgeous MOO business cards as part of our Workspace Before + After Competition. To enter, all you need to do is give your workspace a bit of TLC, whether that’s by cleaning it from top to bottom, or making it beautiful. Entries close on the 17th of March so make sure to submit your photos as soon as possible.

Lastly, I’ll let you in on a little secret: if you enter, the odds of winning a set of business cards are very, very good!

9 Healthy Habits for the Workplace

Whether you work for yourself or for an employer, looking after your health is vital. If you work without any consideration for your health, at some point things will catch up with you in one way or another. Your health is one of your most important assets. Here are 9 healthy habits that can help you stay on top of your well-being at work:

Finding time for exercise is important for our health and is a great way to manage stress. Exercise is often further down on the to-do list compared to other tasks, but it is something that you need to find time for — particularly if you work at a sedentary job that has you sitting at a desk all day. If you don’t currently exercise, start small and build up. Go for a walk and start getting your body moving. Even taking the stairs instead of the elevator can make a huge difference. You can find other ways to exercise as you get more comfortable with the new routine. Make it easy for yourself and find exercise that you enjoy.

Eating well is another important cornerstone of good health. Our work habits can make it hard to eat well but with some small changes, we can take control of what we eat and stay healthy. Plan your meals in advance each week and shop accordingly. Planning your meals will help you to eat well at home and have ingredients to prepare food for work. By making your own food you will be able to ensure you are eating healthy foods that enhance your health. Bring healthy snacks to work with you (like fruit and nuts) to stop the temptation of unhealthy stop gaps. Doing this is also very good for your bank balance.
END_OF_DOCUMENT_TOKEN_TO_BE_REPLACED

Why am I using this paper notebook for notetaking? It may surprise those of you who have been following my work here, especially since I’m one of the biggest cheerleaders for digital publishing and blogging. Sure enough, my messenger bag carries three digital devices for reading, writing and entertainment. But mixed in with my iPod, Droid cellphone and MacBook Pro is a Moleskine notebook: black cover, ruled sheets, pocket in the back.

Why You Need a Notebook

It’s like collecting puzzle pieces. Use your notebook to store the pieces. Then put them together when you have time. And you’re going to need less time than you think if you keep a good notebook.

Also, the fact you’re taking notes will help you retain the information. You may not need to refer to your notebook as much as you think because your memory for the noted information is better.
END_OF_DOCUMENT_TOKEN_TO_BE_REPLACED

Be forewarned: if not approached wisely, the next casualty could be you. With this in mind, here are a few ways to increase your social media savvy, be more productive, and face fewer professional and personal repercussions as a result of a social media misstep.
END_OF_DOCUMENT_TOKEN_TO_BE_REPLACED